There are two documents of paramount importance to American history:
• the Declaration of Independence, which forged our nation’s identity, and
• the United States Constitution, which set forth the framework for the federal government and is still in use today.

While Independence Day is a beloved national holiday, fewer people know about Constitution Week, an annual commemoration of the living document that upholds and protects the freedoms central to our American way of life. Constitution Week is celebrated each year during the week of September 17-23.

September 17, 2017, marked the 230th anniversary of the drafting of the Constitution of the United States of America by the Constitutional Convention. This celebration was initiated by the Daughters of the American Revolution. In 1955, DAR petitioned Congress to annually set aside September 17-23 to be dedicated for the observance of Constitution Week. The resolution was later adopted by the U.S. Congress and signed into public law on August 2, 1956, by President Dwight D. Eisenhower. 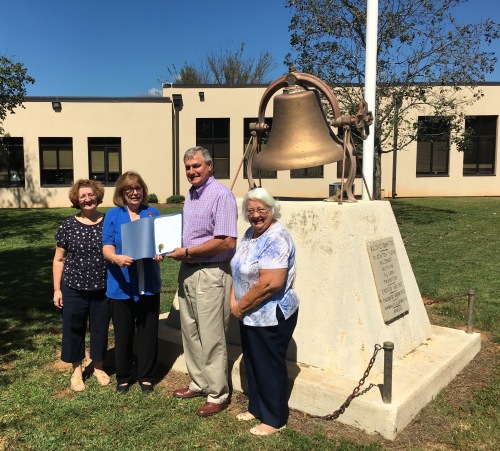 At the Stanton Library, John Clarke Chapter members, with the invaluable help of Janet, Library Manager, drew attention to Constitution Week with this attractive display set up in the foyer at you enter the library…something for all ages to enjoy.